New Zion Church History
New Zion is a Bible believing church and would have it no other way! 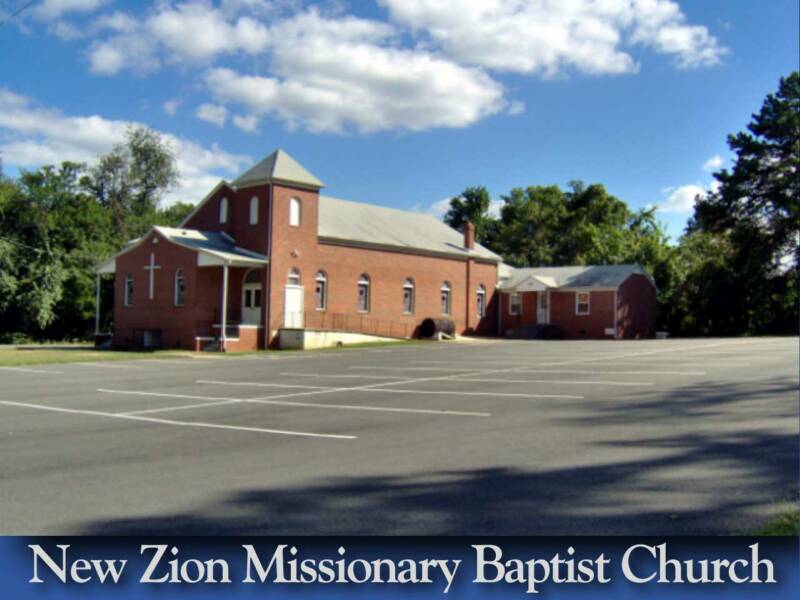 Church History
In the year of 1883, a small band of people assembled and decided to organize a church. They had previously worshiped with the Millstone Baptist Church.
On September 5, 1883, the Trustees, Deacons Milton Easley, Jim Hendricks and others purchased a half-acre plot of land containing an old building that had been a tobacco factory. There they held services for several years, under the leadership of their first pastor, the Rev. Reed Coleman. Later material was purchased, workmen secured and the first church was erected.
After the church was built, Rev. Charles Coleman was elected as the second pastor. In the early 1900’s, the Rev. W.H. Crawley was elected as the third pastor. Rev. Johnson was the fourth pastor. It was during his pastorate that New Zion suffered her first tragedy. A fire of unknown origin destroyed it. As in the days of Nehemiah, the people had a mind to work and in the year of 1908 the wall s again went up.
The fifth pastor was Rev. J. C. Banks. He had great success, which lasted until the return of Rev. Crawley to the County of Halifax. He was once more called to pastor New Zion, which he accepted. His entire tenure was forty years. He died in 1932 and the Rev. Albert Younger was elected as Pastor. He served until his death in July, 1937.
The Rev. H. C. Barksdale was pastor number eight. He served as long as his health allowed. In July of 1942, Rev. E.G. Williams accepted the call as pastor number nine. It was during his tenure of service that New Zion again was destroyed this time by lightening, on July 31, 1947. Once again the people united their forces and forcibly demonstrated their oneness of spirit during the next six years. In May of 1948, the dedication services were held during March 27-29, 1953 and pre-services to the Mortgage Burning, which was held on Sunday March 31st.  Rev. E. G. Williams resigned in July of 1959 after seventeen year of service, and from October of 1959 through January of 1961 New Zion was without a pastor. Rev. Joseph B. Simon became the pastor number 10, his tenure of service lasted ten years from 1961-1971.
In June 1971, Rev. E. G. Williams began his second pastoral as pastor number eleven, which lasted until his death on December 9, 1987. New Zion was without a pastor until the Rev. Willie Nelson Yancey was elected. During these years of pastor coming and going, there were always supporters. We honor all our great patricians who have served this church over the years. It took an almighty God and the Membership plus friends for the New Zion to survive these one hundred twenty-five years. Nobody told us that the road would be easy. We don’t believe God has brought us this far to leave us.  Surely this is the Lord’s House for He has chosen and sanctified this place, the New Zion Baptist Church that His name may be there forever; and His eyes and His heart will be here perpetually.
Name of Persons Who Have Serve
Past Deacons: Milton Easley, Jim Hendricks, James Leigh, Vincent Jones, Walker Womack, Charlie Younger, Robert Rone, Sr., Willie Palmer, Sonny Smith, Mack Logan, Hannibal Tucker, Henry Tucker, William Womack, Josephus Petty, John Petty, Robert Rone, Jr., Henry Powell, Hampton Logan, Frank Tucker, James Coles, Irvin Womack, David Hendricks, Lewis Muse, and Herbert Logan.. Past Trustees: Milton Easley, Jim Hendricks, Ethan Hendricks, Hannibal Tucker, Josephus Petty,  James Coles, Harold Foster, James Chandler, James Goodman, Phil Edmunds, Charles Easley, Louis Muse, Therman Easley, and Willie Tucker, Jack Muse
Past Secretaries: Charles Younger-Idean Younger; Henry Powell; Mattie Chappell; Annie P. Venable; Lenell F. Powell; Annie Powell; Christine Edmunds; Maxine Barksdale; Lou F. Bailey; Madeline Muse, Janice Powell and there maybe others.
The Present Officers
Pastor: Rev Willie N. Yancey, the Deacons: William Logan, Andrew Gomes, Willie H. Easley, Eugene Logan, Leslie Logan, John Ragsdale, Randolph Petty, Royal Medley, Jesse Rone and Chester Farmer.The Trustees: Donald Muse; Andrew Gomes and Randolph Petty and Leslie Logan, and Chester Farmer. The Church clerk is Brenda Medley.
To God Be the Glory!
1 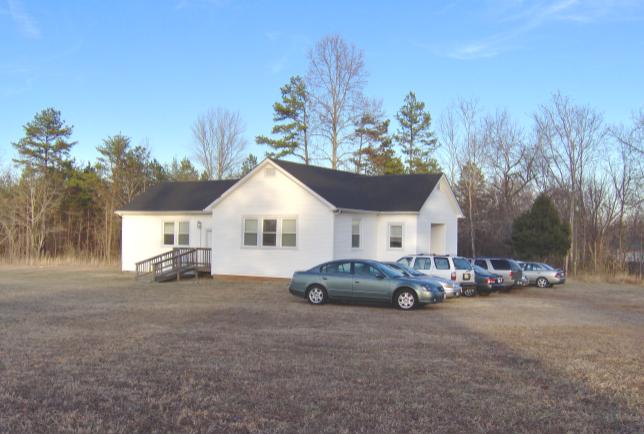 God is with Us